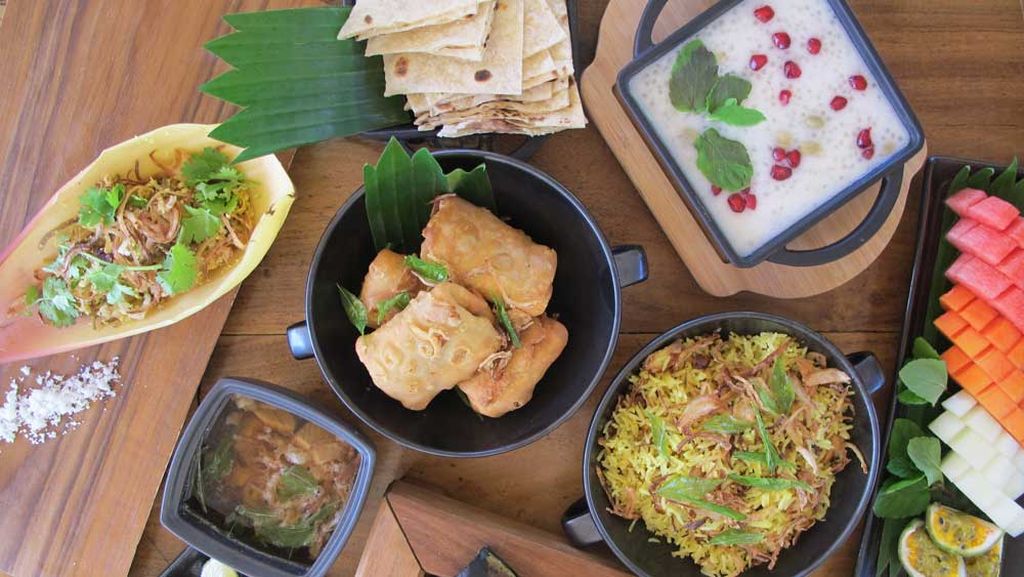 Maldives is home to innumerable magical tropical islands enclosed by white sandy beaches, swaying tropical palms and surrounded by clear waters swarming with marine life. Today some resorts offer travellers with international cuisine and most of them also offer a taste of Traditional Maldivian or Dhivehi Cuisine on this Mesmerising Paradise On Earth.

Maldivian cuisine naturally includes what is plentiful on the islands, and that is fish and coconuts in a variety of preparations. It also includes variety of tastes and flavours, ranging from crunchy snacks and street foods complemented by wood-fired chapati bread to deliciously spicy curries.

The best way enjoy Maldivian cuisine is to drop into one of the many cafés in Male’, in the teashops or tiny roadside eateries and bustling markets that serve a variety of lip-smacking street food and local delicacies.

Many of the short eats are fried pastry of different textures wrapped in various shapes around a filling. Tuna is the favourite fish of Maldivians and they have it for every meal of the day. The tuna can be freshly caught or it could be smoked and sun-dried or only smoked.

Maldivian cuisine is based on three main ingredients and their derivatives, namely coconut, fish, and starches containing grains and vegetables. The delicious food boasts a distinct tang made up of mild spiciness, delicate sweetness, and an overall exotic taste. Food is prepared using ancient cooking traditions that have been passed down through the generations.

Some special Maldivian dishes include:

Bajiyaa is a sweet pastry stuffed with fish, coconut, chilli, ginger, lemongrass and onions. The pastry is folded and sealed with a flour and water paste, then shallow fried.

Kulhi Borkibaa is a spicy fish cake consists of rice that has been soaked overnight in water and mixed with valhoamas, onions, chilli and coconut and kneaded vigorously and cooked in a greased baking dish.

Gulha is sweet pastry stuffed with smoked fish and formed by hand using a mix of valhoamas, coconut, onions, chilli, ginger and lime juice which is encased in a dough made with grated coconut, flour and water, and shallow fried.

Banbukeylu harissa is a curry of steamed breadfruit, chili, onion, and coconut.

Bis keemiyaa is a pastry filled with tuna and hardboiled egg.

Hedhikaa is a traditional snack, or ‘short eats,’ such as samosas, sold by small cafés.

Mas huni is mashed tuna fish mixed with grated coconut, onions, chilli, lime juice and eaten with roshi which is a griddled pancake made of wheat flour.

The preparation for Mas roshi begins with dough made from flour, water, coconut and salt, shaped by hand into thick rounds. A little mixture of coconut, fish, onions, chilli and lime juice is placed in the centre. It is then closed around the filling and patted with hands to form a flat cake and then cooked on a hot griddle.

Another favourite food of Maldivians is a concentrated tuna paste called rihaakuru, which is mixed with cooked rice, chilli and onions, or it can be spread on warm roshi. Maldivians prefer to have it with grated green mango and chilli.

Maldivian’s main source of carbohydrates is rice, which is imported. Here breadfruit plays an important part in the diet. Breadfruit curry is called babukeylu hithi and it is also served as a snack of thinly sliced, fried chips.

Maldivians enjoy both sweet items as well as savoury. Huni folhi is a short eat of coconut, honey and water cooked to a paste and then used to fill a roshi which is then shaped like a spring roll and shallow fried.

Traditionally a Maldivian meal is usually finished by serving a tray of thinly sliced betel or areca nut, betel leaves, lime paste and cloves, and chewed as a digestive. 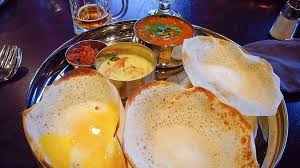 The tear-shaped Indian Ocean island of Sri Lanka is a true culinary treat. Through years of colonization and trade, many cultures have… 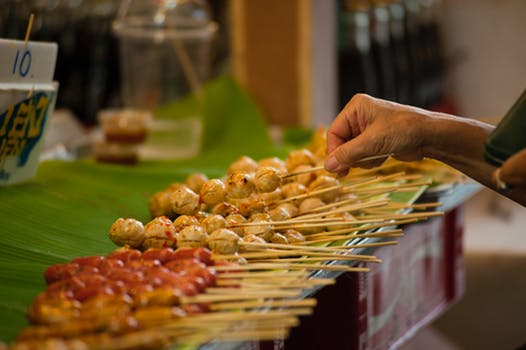 Some of the best meals a traveler will relish are on the streets. Don’t you believe that? If not then… 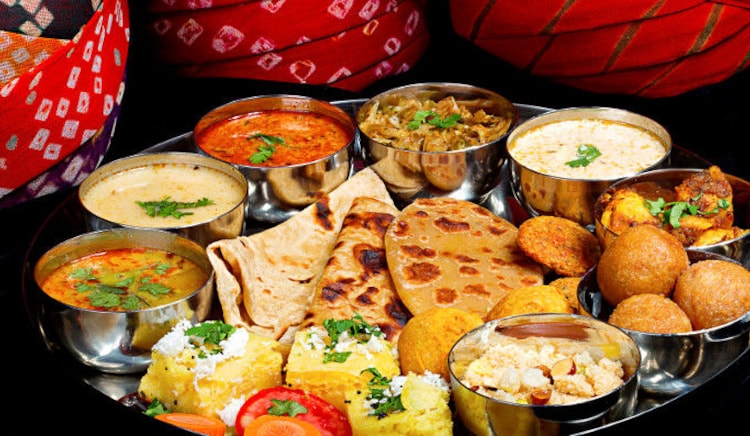 Rajasthan, the land of Maharajas, is famous for its Rajasthani cuisine boasting of a never-ending platter with a plethora of dishes…. 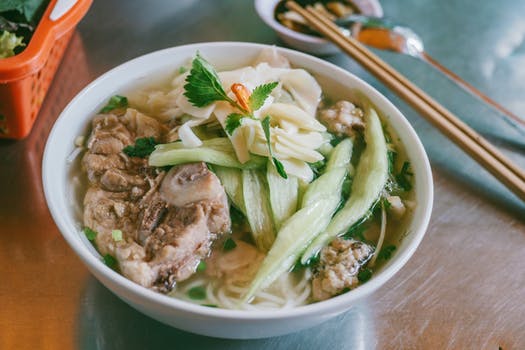 When you talk about local food, one place which comes to mind is Singapore. It is known for incorporating a…